Black Pheasant – Most pheasant lovers do wonder whether black pheasant really exist or not. This exotic bird actually refers to Melanistic mutant pheasant, though it still needs more observation to clearly identify this species.

Pheasant is a large, long-tailed game birds with unique characteristics. The males have highly decoration with bright colors and adornments such as wattles.

The males are usually larger than the females and also have longer tails. They are omnivores which mean can eat everything they think is possibly to eat such as seeds, grains, shoots, insects, etc.

There are several types of pheasants in the world. Based on the information stated in wikipedia, the best-known species of pheasants is common pheasant, that is spread throughout the world, in introduced wild populations and in farm operations.

Various other pheasant species which are popular in aviaries are golden pheasant. Then, how about black pheasant? Do they really exist? Are they really pure breed?

What Is A Black Pheasant? 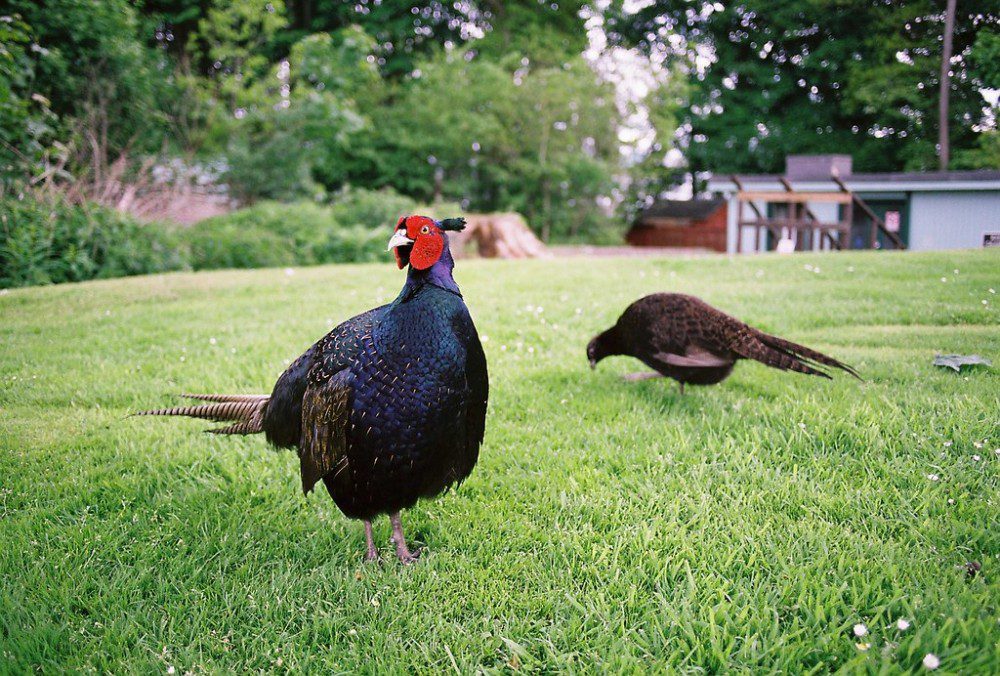 Black Pheasant can make a good house pet in your backyard. They are beautiful and entertaining.

Several pheasants are of exceptional coloration. Black pheasant is possibly one of them. This bird refers to the melanistic mutant.

The black pheasants feathers are so beautiful with iridescent and greenish-black color.

The males are entirely dark with a glossy green, blue and also purple shade to them. Meanwhile, the females are black with less of the purple and blue feathering, mainly on the breast area.

Black Pheasant have iridescent feathers. They are not actually black. In good light, you will catch a glint of blue or green.

According to SD Game, Fish and Parks Senior Upland Birds biologist, Travis J. Runia, the melanistic pheasants are a color mutation of the ‘common’ pheasant. This is one species that has 30 subspecies in six main group, based on their location in Asia.

A favorite variety for release, black pheasant displays a remarkable ability to survive and reproduce in the wild. Prime habitat consists about 55-70% crop fields such as soybeans, corns, or small grains.

The remainder of the habitat should include some wetlands, woodland, grassland and brushy thickets.

Unfortunately, most all pheasant succumb to mortality caused by predation rather than old age or disease.

Can You Get A Black Pheasant? How To Take Care Of Them?

Black pheasants are quite tiny when first hatched and are black in color with white or cream colored markings around the neck and sometimes in the wing area.

Nevertheless, this tiny birds can grow fast and then fly by two weeks by age.

You can get a black pheasant because the status of this bird is not ‘Threatened Species’. So, this bird is freely cultivated and distributed.

Start the birds in a brooder just like the other game birds or poultry. Then, feed hatchlings a game bird starter. And don’t forget to keep fresh water available at all times.

Besides, in order to avoid the chicks soaked or drowned to the water, you can place marbles or small stones there.

Remember that pheasant needs plenty room because they are very active. At about 6 weeks, you can provide a flight pen that helps the your pheasants develop and condition their wing muscles.

To keep them safe at night, you should also provide aviary to prevent them from the predators.

So, What Should You Prepare Before Raising Pheasant?

1.       The aviary to protect them from predators.
2.       The shelter inside the aviary.
3.       The food and water availability.
4.       Have knowledge about pheasant such as pheasant sounds, characteristics, habit, etc.
5.       Enough capital money (because pheasant price is quite expensive)

Well, black pheasant is like chicken, can be raised in the backyard. If you want to keep this birds in your home you need to know their characteristics well.

They are wild game birds, shy and rarely seen. Keep your pheasant confined to avoid the predators and their desire to fly. In addition, their survival needs are the basic to keep them healty and content.

If you need more information about pheasant, please enter your comment in the ‘leave a reply’ box below.