3 Female Peacock Facts, What Makes Them Different From The Male? 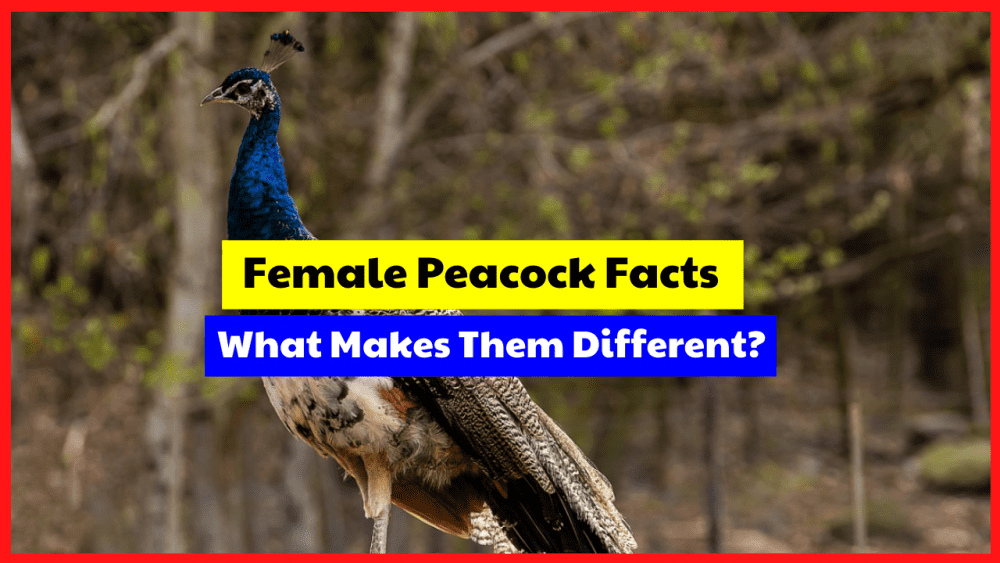 Female peacock – Peacocks bird is one of the most beautiful fowl in the world known for the long tails with ornate iridescent feathers.

Although the term ‘peacock’ is usually used to refer both males and females, but the correct name of the species is the ‘peafowl’.

Also, there are some significant visual differences between female peacock and male peacock that you should know. Even if you don’t know much about peafowl, but you can easily see the difference between the male and female peacocks.

As we know, a male peacock is indeed more attractive than a female peacock. However, it turns out there are some interesting facts that are owned by female peacocks. What are the facts?

If you see male and female peacocks, surely you will know their differences in terms of tail feather length. Male peacock tail feathers are longer in size than females.

The male peacocks have really beautiful tail feathers. Then, each of the long tail feathers has an ornamental ocellus, also known as an eye-spot. On the other hand, females don’t have it. As a result, females peacock are not able to spread their feathers because they have no long feathers at all.

More Iformation :What Do Peacocks Eat? : The Food Differences Between Peacocks Living In Native Habitat And Peacocks In Captivity

2. Female Peacock Can’t Do Dance And Flap Its Tail Feathers At Certain Times

Only the male peacock whose body is covered with beautiful and attractive feathers. Then, they will like to dance in front of the female with their trains spreading. The male species always work harder to be attractive to potential mates. While, the female can attract the mates with much less effort.

The male peacocks can hold its tail erect, like a fan, and such display is mainly seen during courtship.  They will practice dancing to attract the female peacock by showing the most attractive tail feathers, the energetic movement, and the loud sound.

Similar with the male peacocks that will display their tails during the courtship, female can also display their short feathers but not dance. They usually display the feathers as a signal of danger for its chicks, or when fighting with other females over a potential mate.

3. The Way Female Peacock To Choose A Mate

Well, every peacock has extraordinary look all his own no matter what kind of species they are. The distinct color patterns and ‘eyespots’ scattered across the feathers are the most important assets to attract the females.

When a male courts a female, he will spread out his tail feathers to display the colors and eyespots. The tail spreads behind the peacock in a full semicircle, though some peacocks have tails which are bigger than others. The fact is, the size and the patterns of the tail help the female peacocks to choose whether she will mate with him or not.

Generally, the more eyespots and the bigger the tails, the better chances for the peacocks to get one or many mates. But unfortunately, like much of nature, there is no sure thing in peacock mating activity, and even boasting too much of a tail can scare off potential mates.

The Difference Between Male And Female Peacock

The male peacock colors is usually an iridescent shade of bright blue which can be used to attract mates. On the other hand, the female one has much more subdued feathers which tend to be either brown, gray or cream.

One of the most significant difference thing about male and female peacock is their tail feathers or trains. The females have no train at all. They have short tails with dull brownish-gray feathers. On the other hand, the males have long and colorful tails with iridescent feathers and can measure 4 – 5 feet long.

Peafowl, especially peacocks are very popular with the beautiful trains and feathers they have. There are three species of peafowl that belong to the genus Pavo and Afropavo of the Phsianina family.

More information :
Peacock Colors : The God’s Creation That Is So Charming That Makes You Definitely Blown Away!

Hopefully, information about the facts of female peacock and also the difference between male and female peacock can be useful. We have to maintain the presence of these beautiful birds so they do not become extinct. Let them live freely in their natural habitat and never hunt them for commercial purposes.

For further information, please enter your comment in the leave a reply box below