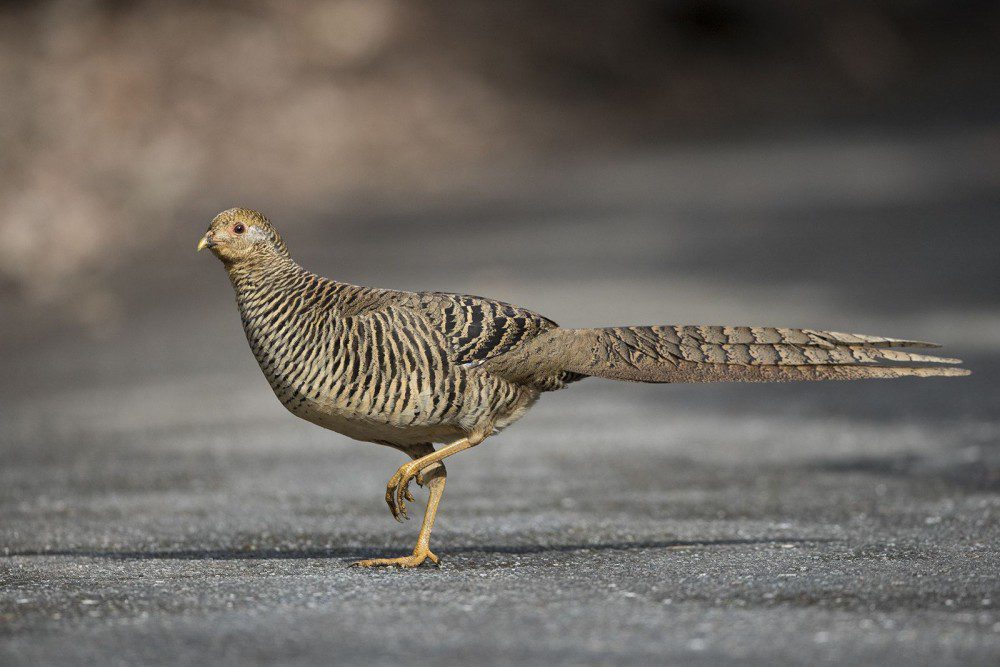 Female pheasant – Pheasant is large and long-tailed game birds that native to Asia.  They are also reared for poultry and can make good pets as long as you provide wide outdoors space and place to shelter them. There are some significant differences between male and female pheasant. But in this article, we will just discover some information about the female pheasant. If you are looking for this species, let’s check out what you can find here!

What Is A Female Pheasant?

Pheasants are the birds wich can be found alone or in small flocks.  You can call the males with ‘roosters’, ‘cocks’, or ‘cockbirds’, while the female pheasant name is ‘hens’. From the appearance, the female pheasant may not be as beautiful as the male. But this can be an advantage for them since it helps them to be more well-camouflaged than the males.

There are still more facts and information about female pheasant. If you want to know more, just keep reading our article 🙂

The following are some female pheansants types with different appearances:

The females of this species are completely brown, which is dotted with black spots. Besides, the female pheasant also has no feather crests and wraps. This color can be beneficial for female birds to hide themselves when they are building nests or hatching eggs.

The female is much less showy than the male. Their breast and sides are barred buff and blackish brown, and the abdomen is plain buff. They also have a buff face and throat. See the picture of golden pheasant below:

The lady amherst pheasant female has rich rufous-brown plumage, heavily barred black overall. Then, the underparts are usually paler than the upper parts. The crown on the head is more reddish but the nape is dark grey. The female lady amherst pheasant’s tail is also similar in color to body plumage, but much shorter than in male. This species is very similar with the female golden pheasant, but has a darker head and cleaner underparts. See their picture below:

Males and females looks very different. This phenomenon is known as sexual dimorphism. Males are brightly colored and covered with golden, brown, green, purple and other coloration depending on the pheasant types. Females are mostly covered with brown plumage.

For some backyard aviculturists, the red golden pheasant is a favorite one. The males have beautiful plumage. It is so beautiful that people claim as one of the most beautiful bird in the world. This bird is the crossbred of golden pheasant with lady amherst pheasant. So, they are almost 90% similar with the golden species. Then, how about the females? Well, the female red golden pheasant is much less brightly colored. They are basically brown or buff with darker brown barring. So, the female pheasant color is the blend of brown feathers with buff bars. See their color in this picture:

Yellow golden pheasant is a color mutation of the red golden pheasant, and  has yellow where the Red Golden has red. However, the female color is a pale golden with dark brown barring. The females has barred buff and blackish brown breasts and sides, and the abdomen is plain buff. Besides, they also have a buff face and throat.  Both males and females have same color on legs and bills which are yellow.

This is a beautiful large white pheasant with bare red facial skin, black below and red legs. The male is adorned with white, long, patterned tail and black dropping crest on its crown. Meanwhile, the female silver pheasant is olive brown with black-tipped crest. They are also brown and shorter-tailed than the males. The females of some subspecies have whitish underpart strongly patterned with black and also in whitehead!

This males of this species have an extremely long silvery white tail barred with chestnut brown. Their tail is so long that can measure up to 2.4 m long. Meanwhile, the females  are rather plain in comparison. They measure 75 cm in long only. They have brown with a blackish crown, a buff face and grayish brown barred tail feathers. This species are known to be aggressive towards humans, animals, and other pheasants.

This is one of the most popular pheasant in North America. The male species have a spectacular multicolored plumage, long tail, and chicken-like appearance. The females ring-necked pheasant are light tan and brown, without the bright colors in their plumage which are unique to the male. The lack of coloration gives advantages for the female pheasants to be better camouflaged from the predators.

We all know that pheasant roosters are noisy. And if you have a lot of them that get worked up, it could be very annoying. How about the females sound?

The female pheasant are rather quiet. They make a sort of peeping noise that sounds a lot like a little chick.

Listen how a female pheasant sound like in this video:


The pheasant will only fly when they get started with something. They much prefer run even though they are actually able to fly quite fast.