Pheasant Meat : It’s Time To Eat Delicious Meat With Low Calories But Rich In Protein, B Vitamins, Iron, And Potassium 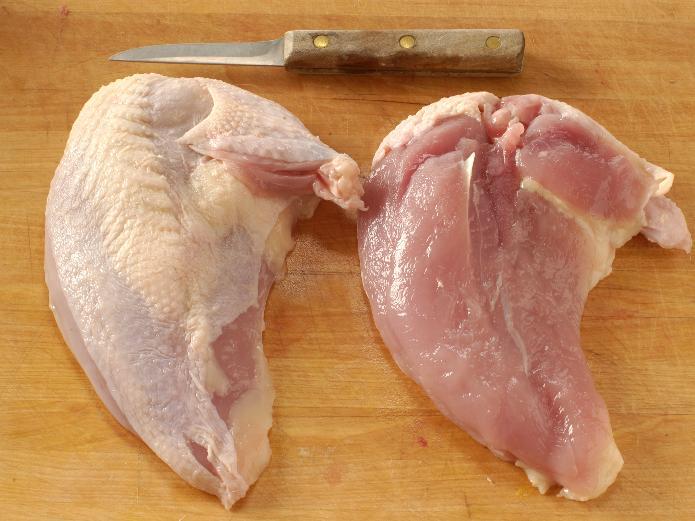 Pheasant meat – Do you know that this exotic bird can be cooked into delicious dishes? Pheasant meat is considered ‘earthy’ in its flavor. It pairs well with mushrooms and garlic. And also nice with sweet or fruity flaovrs as a glaze. Not only that, you can also cook the meat into varied menu. One for sure, this meat is really delicious and healthy.

What is pheasant meat?

Pheasant is one of most popular – and approachable – type of game birds in the world, with lean and flavorlful meat. This game bird was always highly appreciated over the centuries. Even, at the time peacocks were in the top of its popularity, they are cooked because their feathres were almost as beautiful, and were served with their feathers.

A male pheasant can weigh 1.4 kg on average, while the female weighs around 900 g. It is always fineer and more tender. Besides, it has better meat than the male. Meanwhile, a young pheasant is distinguished by its poorly developed spurs and its wishbone flexibility. Nevertheless, its meat is more tender than the adults.

How about the pheasant meat nutrition? Well, the wild pheasants have much better quality than the reared ones. The reared pheasant have yellow fat and lighter, also whiter meat. Meanwhile, the wild birds have darker, redder meat and also a stronger flavor.

Is this meat good for you?

Pheasant meat is very high in protein and low in fat, especially the wild pheasants. In addition, they also contain B group vitamins, and lots of minerals. So, if you enjoy eating pheasant meat, you will be glad to know that it really has nutritional benefits such as protein, B vitamins, iron, and potassium. However, they way you cook will absolutely modify the meat’s nutritional qualities.

Similar with all game meat, pheasant is quite high in purines, and therefore is not recommended for people who suffer from gout. Then, how about pheasant meat vs chicken? The meat of pheasant is generally darker than chicken meat, especially wild pheasant. The pheasant can taste like chicken. IF cooked using chicken recipes, they can also pass up as chicken. When raw, pheasant can be anywhere from dark to pinkish white.

Pheasant can be a great option to be cooked into vary menus. You can just cook it as the way you cook chicken. Or if you want to do more experiment, you can look for pheasant recipes from many sources.

A pheasant can be roasted, barded, and well watered, perhaps stuffed, and can be cooked in stew, as a whole bird or cut into pieces. Even, it is often good to marinate an old bird. You can put a lot of different seasonal vegetables for cooking this bird such as celeriac, chestnuts, sauerkraut, cabbage, etc. It also goes well with some fruits. For example: apples, pears, plums, and truffles.

So, is phaesant meat good for you? The answer is: ABSOLUTELY YES! But please pay attention to the way you cook it so that it doesn’t much modify the nutrition.

How does pheasant meat taste?

This some cooking tips for pheasant meat recipes. Pheasant is mild in flavor and low in fat. When using a dry-heat cooking method, rub the meat with butter or oil and baste occasionally for added moisture. A low over temperature will ensure the meat doesn’t dry out. Then, a quick and shallow braise will also yield good results. You can let the meat to rest for about 10 minutes before slicing or serving.

The cooked pheasants can carry a variety of tastes. As with other dishes, its taste will depend on the way of cooking. Moreover, the seasoning and sauces will highly affect the outcome of a dish as well.

Next cooking tips: Preparing this meat requires you to hang it for some time. If you skip this step, you will not be able to enjoy the pheasant meat taste as it should be enjoyed. In addition, the length of time that you hang a pheasant will influence the flavor of its meat.  Besides having stronger flavor, the meat will also be more tender when cooked.

Low in calories, pheasant meat contains less fat than the other red meats. So, not only delicious, it can also be a very good choice!

How to cook this meat?

There are some of the methods of cooking that you can use when preparing a pheasant dish. Basically, you can cook this bird as the way you cook chicken. For example:

According to Tim Reynolds in Quora, wild pheasant is very lean and if no cooked with care will taste like very dry, very bland, chicken. He said that the best roasted on the bone with butter and herbs slipped between the skin and meat or braised, and also a good sauce makes a big difference.

This is a tip to remove the gamy flavor which is to simply soak the meat in the buttermilk. You canalso soak it in the salt water, or water with a little vinegar or apple cider vinegar added.  Usually, it is best to soak the meat over night but if you can at least ge a couple hours of soak time, it will help remove some of the taste.

Where to buy this meat near me?

Pheasant originated in Asia. Many species of this bird still live wild there in forests and also on the wooded plains. While its origins can be traced back to Asia, it has also existed in the USA for centuries.
Known as a low-flying bird, pheasant is quite easy to catch. This is why it becomes a favorite among hunters. The colorful one are actually the males, while the females are mostly brown.
Where to buy pheasant near your area? You can buy pheasant meat online which provides 100% natural and fresh meat. It is easy to find them in the internet. Or you can also buy the meat directly from the livestocks. Even, you can also buy live pheasant
there.

For more information, please enter your comment in the ‘leave a reply’ box below